Seven days of nationwide protests have weakened president Ivan Duque’s ability to pass tax and pension reforms. Tens of thousands of Colombians went on protested on the streets on an ongoing strike against Ivan Duque’s centre-right government. These protests have resulted in curfews being implemented in two of the largest cities and thousands of soldiers being sent to the capital to try to keep the peace. According to Bogota’s mayor, looting and vandalism after the protests have caused the city over 11 million dollars in damage. 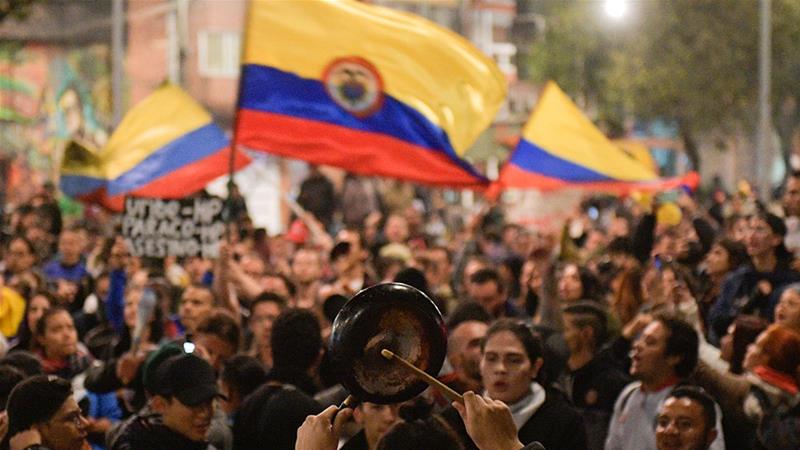 These protestors have borrows techniques used in other protests in Latin America, like posting footage of the protests in social media and banging on pots to make their voices heard. The protests erupted after an 18 year old was hit in the head with a tear gas canister fired by the police and then died in the hospital days later. This led to the strike committee to add the dismantling of the riot police to one of their 13 demands. The turmoil has alarmed investors who fear of a credit rating downgrade in Colombia. The peso has been hit hard over the last couple weeks reaching an all time low of 3,509 against the US dollar.Mr. Duque’s rating has dropped 30% over the last couple of weeks and despite economic growth, unemployment has reached its lowest in over a decade. 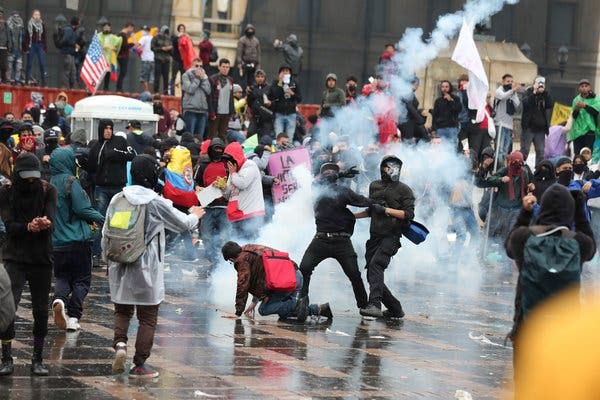 This article is portrayed columbia fairly good. The article justified the protestors’ actions and blames Columbia’s problems on President Ivan Duque’s actions as president. When comparing Columbia to the rest of Latin America, the article had nothing negative to say about columbia. The article actually states that despite the protests, Columbia is said to be doing a lot better than its neighboring countries. When comparing this article to previous events in Latin America, we can see a clear connection to the “cacerolazo” movement in Chile.

This article on Corridos does a good job at explaining the history and the role they play in Mexico today. The article begins by defining corrido and explaining where and when they originated. This entire article seems to come from a neutral perspective. Before my entry, the article only had three sources and they all seem to be credible sources. The only downside of them is that they are all in english and are most likely  for a United States audience. I can improve the article by adding a section that explains what narco-corridos are and their significance today. I can also add sources that are written by a Mexian author for a Mexican audience.

Welcome to Voices Sites. This is your first post. Edit or delete it, then start blogging!